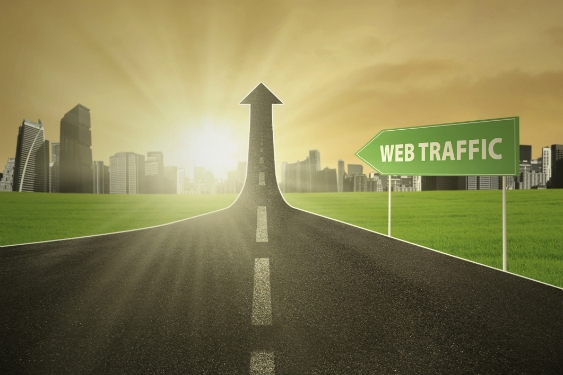 It’s no secret that Facebook is the top social media platform for driving website traffic. In fact, a recent study by Parse.ly analyzed 400 major media outlets and determined that Facebook now accounts for more traffic to news sites than Google. Is this surprising? Not really. Social media allows brands to consistently connect fans and potential consumers with rich content. Driving fans from borrowed traffic sources (social media platforms) to an owned traffic source (your brand’s website) enables fans and followers to familiarize themselves with your brand and assists them down the sales funnel.

A Shareaholic report found that social media currently drives over thirty percent of all referral traffic on the Internet. But how does each network stack up? Let’s take a closer look.

In the last few months, this social media behemoth has inched closer to YouTube in daily video traffic and overtaken Google as the top referral source for news and media sites. This should not come as a surprise considering how powerful Facebook’s ad platform is at consistently driving traffic. Additionally, new ad units like carousel ads allow you to serve fans posts that drive them to consume content on your website and retargeting capabilities that enable you to build a captive audience.

With robust clickable pieces of content, this platform was built to drive social media referrals. Since its launch in 2011, Pinterest has given marketers a place to house rich pieces of content that link back to owned properties. However, the chart below shows how traffic levels from this platform fell flat in 2014 and have been on the decline ever since. Although this is the second best traffic source in the realm of social media, referrals will continue to decrease if they don’t build out their advertising offerings. 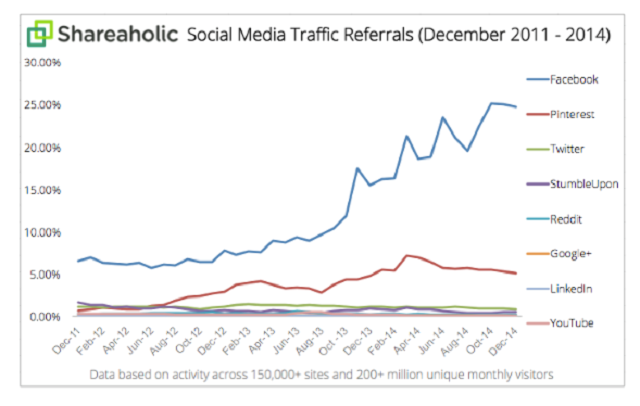 Twitter ranks third in referrals, but it is well behind both Facebook and Pinterest respectively. (See the chart above). With over 270 million users, it is almost alarming how Pinterest could be so low on the chart…that is until you think about the user experience. Twitter users do not want to regularly click through to articles. They want to read Twitter. The amount of content on the platform and how quickly the feed moves could have an impact on its referral stats. Twitter’s own design is negatively impacting its ability to drive social referrals.

Will we ever have clickable links in Instagram posts? Yes, but we’ll have to wait until they roll out these new ad units to everybody.

Where does most of your social media traffic come from? What tactics do you use to drive referrals from each platform?