And just like that, Pride Month is already over! With the pandemic in a much better place than it was at this time last year, the 2021 celebrations—both online and offline—certainly had a more lighthearted vibe.

Over the past decade or so, it has become clear that consumers want to spend their money with brands that take a stand on social issues. Thousands of brands, along with social media platforms like Facebook and TikTok themselves, have stepped up to the challenge and ramped up their Pride Month initiatives on social media. However, the rapid commercialization of Pride has led to “performative activism” as well as ingenuine attempts by brands to profit off of rainbow, Pride-themed products while not actually supporting the LGBTQ+ community in a meaningful way.

So, what makes a great social media Pride campaign? Here are a few of our favorites from this year that blended pride with purpose, and why they were so effective. 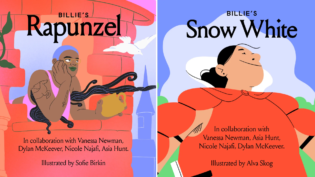 Women’s body care brand Billie launched an Instagram campaign in honor of Pride Month that featured classic fairy tales that are rewritten to be body-positive, empower women, and center the LGBTQ+ community. For example, Rapunzel’s super long hair is armpit hair, and she’s not waiting for a prince “because she’s hella gay.” The seven dwarfs in Snow White are instead seven “genderfluid cuties” who become her chosen family, and Cinderella gets a “fairy drag-mother” instead of a fairy godmother.

Why it worked: Billie’s reimagined fairy tales tackle serious issues, but balance them with lighthearted, heartwarming humor and imagination to convey messages of inclusivity and empowerment. Plus, not only are all of the creatives Billie worked with on the illustrations part of the LGBTQ+ community, but the brand will further support the community by donating a portion of its June proceeds to The Trevor Project as well. 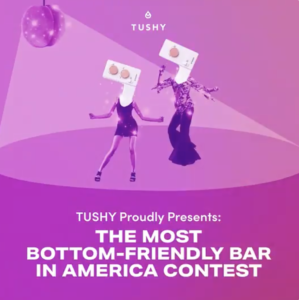 The bidet business has been booming since the Great Toilet Paper Scare of 2020™, and TUSHY has been right at the forefront. After growing 10x in the first week of the pandemic and reporting multiple million dollar days throughout 2020, the brand is giving some of last year’s profit back to one its largest customer demographics by holding a #TushyPride social media contest to crown America’s Most Bottom-Friendly Bar (which it appropriately defines as “any place where we as queer people can come together, celebrate our community, and drink vodka sodas along to a Beyonce megamix”). The winning bar will not only receive a custom trophy, but TUSHY will also promote the bar to its 105k+ social media followers and large email list. The bar will receive a $5,000 cash prize, sponsored party, and TUSHY bidets for all of its toilets.

Why it worked: This campaign is the perfect example of one that combines customer insights, creativity, and philanthropy. TUSHY knows that the LGBTQ+ community makes up a large portion of its customer base, and also knows how hard the pandemic hit small restaurants and bars—so the brand found a way to give back by supporting and spotlighting queer-owned venues and businesses through social media.

3. Orbitz: Travel As You Are 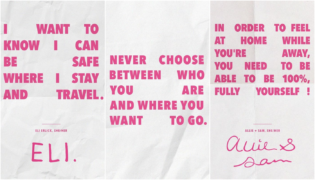 Just in time for the reopening of the travel industry and everyone’s upcoming summer plans, Orbitz launched its “Travel As You Are” campaign. The campaign acknowledges that feeling safe and accepted is still the exception rather than the norm for LGBTQ+ travelers and encourages consumers to “travel on their own terms, not the ones society created for them.” On the campaign’s microsite, travelers can find queer-owned or LGBTQ-friendly hotels that have signed Orbitz’s pledge of inclusivity and plan their next vacation with queer travel guides, products, and advice. And on social media, the brand is supporting the campaign by sharing quotes and stories from its community about inclusive travel.

Why it worked: Orbitz has had a long-standing commitment to inclusive travel that dates all the way back to the early 2000s, so the campaign is undoubtedly in line with what the company genuinely believes. The campaign’s short film, titled “Travel As You Are,” was directed by LGBTQ+ photographer and director Cass Bird and also featured the musical anthem “You Don’t Own Me” by rising indie music artist serpentwithfeet, who has earned praise for his musical exploration of Black love and queer identity.

Want amazing campaigns like these sent right to your inbox every Thursday? Sign up for our weekly newsletter, #TBT.