As self-proclaimed “internet people” who spend most hours of most days on social media, we like to think we have some pretty good recommendations for who to follow. So, the title of this blog says it all! During Black History Month and beyond, show your support to these amazingly talented Black creators who are revolutionizing social media and taking the world by storm. 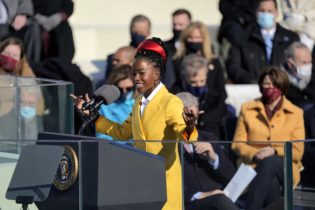 You may have seen Amanda Gorman perform at this year’s inauguration. At 22 years old, she was the youngest inaugural poet in U.S. history, and she’s also an award-winning writer and Harvard graduate. She has written for the New York Times and has three books forthcoming with Penguin RandomHouse. She uses her social media presence to share poetic thoughts, fight for social justice, and giveadvice on things like getting over writer’s block and conquering self-doubt.

Can’t get enough of Amanda’s poetry? Don’t worry—she’ll be on your television again this weekend, performing at Super Bowl LV. Plus, you can follow her journey on Instagram and Twitter. 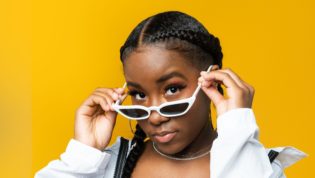 If you’ve been paying any attention to TikTok, you likely know about the “Renegade” dance that was popularized by Charli D’Amelio. What some people don’t know, though, is that the original creator of the dance is actually a 15-year-old named Jalaiah Harmon. At a dance studio near her hometown outside of Atlanta, Jalaiah trains in hip-hop, ballet, lyrical, jazz, tumbling, and tap. Since properly receiving credit for creating the dance, Jalaiah’s social media audience has grown to over 3 million followers. She’s performed at the 2020 NBA All Star Game, appeared on The Ellen Degeneres Show, and earned quite a few big brand deals as well.

Dance along with Jalaiah by following her on TikTok and Instagram. 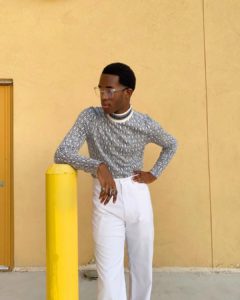 If you think TikTok is just for dance challenges and silly pranks, think again! There’s also a large fashion community on the app—and Wisdom Kaye is one ofits best-dressed. Wisdom is a 19-year-old from Houston whose outfits put a new, modern spin on 1970s fashion. From using country flags and emojis as outfit inspiration to putting together an outfit in 30 seconds, his videos tackle a variety of different styling challenges. He only posted his first TikTok about a year ago and already has 5.1 million followers on the app—and he’s been signed to the IMG modeling agency. Not too shabby of a year, we’d say!

Get all kinds of fashion inspo from Wisdom by following him on TikTok and Instagram. 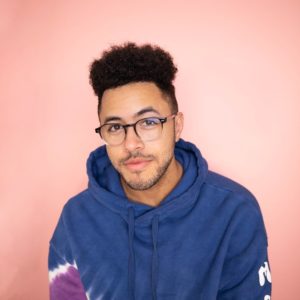 After working as a software engineer for a few years after college, Jarvis Johnson became a professional YouTuber. Since he started posting regularly three years ago, his commentary and comedy videos have drawn in nearly 1.5 million subscribers and earned him a spot on Forbes’ “30 Under 30” list. In some of his most popular videos, he calls out Dan Bilzerian (the “king of Instagram”) and tries “life hacks” from the 5-Minute Crafts YouTube channel. He also hosts a podcast called Sad Boyz in which he talks about mental health among teens and young people. 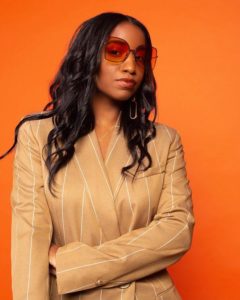 When you see an illustration created by Jade Purple Brown in your feed, you know it’s hers. The strong figures, vibrant colors, and messages of optimism in Jade’s work come together to, in her own words, “create new, dynamic worlds of individuality and empowerment.” Jade has worked with brands like Apple, Nike, Sephora, and Vans, and is also featured in the WeTransfer x Squarespace docuseries Make It Real. Currently, Jade’s art is showcased as Adobe’s splash image for Illustrator 2021. You can also purchase her illustrated quote book, Words to Live By.

Add some color to your feed by joining Jade’s 100K+ followers on Instagram. 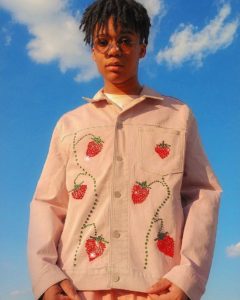 In July, YouTuber D’Angelo Wallace went from 600,000 subscribers to over 1 million in just one week. This spike came after he posted an hour-long, in-depth video critiquing a number of A-list YouTuber Shane Dawson’s problematic behaviors from his past that had resurfaced. D’Angelo is one of the leaders of the new renaissance that’s happening in the YouTube commentary community, where YouTubers ask big, moral questions about other YouTubers to hold them accountable. Don’t have time for videos that are at least 45 minutes long? Fear not—he has a second channel as well where he posts shorter content (that’s just as funny and compelling). 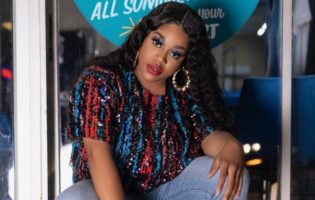 Says Alexis Feacher, a dancer and comedian from Florida who goes by Yung BBQ on Instagram, “My goal is to be a light, to be the person to put laughter and joy into someone’s day who really needed it.” And she certainly does just that on social media. Alexis embraces a lo-fi, anything-goes attitude with her content, which could be a Justin Bieber impersonation one day or a dance to the 1972 hit song “Love Train” on the next. She’s got some pretty famous followers, too—celebrities including Diddy, SZA, and Missy Elliott have all given her shout-outs.

Add some laughter and joy to your feed by joining Alexis’ 1.5 million followers on Instagram. 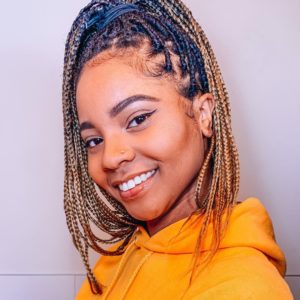 Last but certainly not least, we’d be remiss not to give a huge shout-out to one of Likeable’s very own art directors, Olivia Ellis! Not only did she design and paint the bright, inspirational mural in our office, but she also designs and illustrates all kinds of fun and colorful things in her free time—like these Euphoria-themed Vans and this portrait honoring the late Chadwick Boseman. We love you, Liv!

Keep up with Olivia and all her amazing artwork on Instagram.