How Brands & Marketers Should Navigate the 2020 Election

The election is upon us—and you’re not ready. In your defense, it’s probably never been less clear in our lifetime what a U.S. election means or how to be prepared for it. That goes for individuals and brands alike, and really for anyone trying to make sense of COVID, Black Lives Matter protests, and a very polarized political landscape in which tremendous numbers of people believe our democracy faces existential threats.

2020 has been a hard year for many of us, and even though social media has come under greater scrutiny, we have also found ourselves using it more. 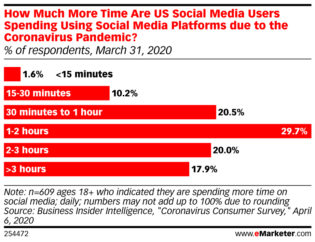 In accordance with most people using social media more, most brands are ranking it increasingly more important. 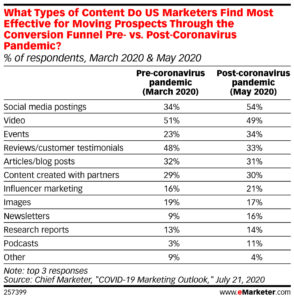 Yet how many brands have detailed contingency plans for the various outcomes of the upcoming election? Given everything else on everyone’s plate, who’s had the time to speculate and then multiply their preparatory work between schooling their kids and making dinner? How many people feel personally ready, let alone professionally ready? A few. Not many.

In the years that we’ve been doing social media, responses to crises have morphed considerably. Companies used to pause ads whenever a catastrophe happened. Katrina? Sandy? Indonesian Tsunami? All major pauses. Even far smaller events prompted pauses for some of our brands. Yet as social became a more ubiquitous channel, that attitude mostly faded—until July 2020, that is, when a Facebook Boycott brought it surging back.

The unrest over the May 2020 killing of George Floyd was nationwide, and condemnation of the police officers involved was so nearly universal that for a flash it looked like an issue that might bring America together. By July, it had become another source of division. Given how politically timid most brands are, to simply make the mild statement “Black Lives Matter” was cause for celebration for many marketers. At the time of this writing, brand marketers are continually crediting each other in part on the basis of how well they’ve responded. Yet the dip from those brands who “pressed pause” on Facebook in July made almost no difference to Facebook’s ad revenue. And they project ads from politicians will constitute less than 0.5% of their revenue in 2020, even as digital is poised to overtake traditional media spending for the first time.

On the audience side, there is good research suggesting several key facts about this uniquely complex election/holiday season:

1. Consumers care that the brands they buy from share their values. 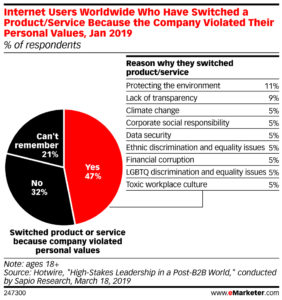 2. Most individuals are unlikely to let heightened political activity slow down their Facebook usage.

3. COVID has sent e-commerce surging in verticals that are still active, so online holiday sales are likely to be way up this year.

4. Holiday purchasing is expected to start a lot sooner this year with Prime Day kicking things into gear in mid-October.

We’re not going to miss the Christmas music in the mall the day after Halloween, but to some degree we are going to have to deal with our “shopping mall” on social feeds right next to where our friends and family fight about whether the fly on Pence’s head was symbolic or whether America might be flirting with fascism or failure. Through this, you’re going to be on social media. The question is what to do about it.

What You Can Do as an Individual

Read or watch before you comment. Sounds pretty simple, right? We professionals who’ve managed the feeds of hundreds of brands can tell you confidently that comments without consumption are commonplace. Here’s a principle that might help even further: assume the person or page you’re tempted to interact with has some knowledge that you don’t. Try to figure out what that might be before you poison the well by insulting their face or family.

Fact check what you read before you share it. That’s “share” via button or via word of mouth! The reality is that people were casually spreading false information long before social media, and will continue to do so no matter what. Before the web got social, the anonymity problem had already exploded and email, message boards, and websites spread plenty of misinformation. The main contribution of social media was to speed the process up. It’s in our hands to slow it down.

Avoid shaming people or correcting them reactively. If someone offends you with their opinions or misstatements, it’s tempting to tell them how bad they should feel or how wrong they are. Here’s a spoiler about how that usually ends: badly. Public shaming is dangerous, and the right way to change someone’s mind is not through reciting facts.

Customize your feeds or stop complaining about them. The number of tools available to users seeking a little less politics or fewer targeted ads is growing all the time. That means even though it is probably going to be higher in a few years, it’s higher now than ever before. Complaining about social on social is also an insanely ironic activity, so before you express outrage, try to adjust your ad settings, opt out of political advertising, snooze a friend or page, hide an advertiser, or otherwise customize your feed.

Be positive. This doesn’t mean you have to lose your sense of humor or even your sense of despair, but try to keep things in perspective and try to find the good in others. Being a good “netizen” isn’t that different from being a good neighbor.

What You Can Do as a Brand

Put your consumer cap on. As our founder told brands to do in his 2011 seminal work, ask yourself how you would receive a message. If a post about democracy coming from Nike or Coke would strike you as helpful, you’re probably not alone. If its utter irrelevance would make your skin crawl, you’re probably not alone in that either. If you think your brand pushing deals out in the first week of November is going to land on deaf or overwhelmed ears, don’t do it. If you think it’s a fit, don’t quit.

Maintain your tone. Be authentically you, as you hopefully were before and will be in the future. If you’ve already taken a stance, that’s what people will expect from you. If you haven’t, there’s a major question as to why this would be the time.

Ask yourself if there is a stand you can take that will matter. A brand’s willingness to stand up for something is actually pretty important to consumers, and we think being ready to take a stand can sometimes be easy. Voter participation? Electoral legitimacy? The only hard question about these is how hard you’d want to push and whether your audience would care.

Be prepared. “Be prepared” is not to say you need to imagine your exact response to some of the nightmare scenarios laid out in the media. It means you should take some concrete steps to ready your account:

Finally, use your leverage where you can. The big brands who boycotted Facebook didn’t get everything they wanted, but there were many small wins. One of our team members (**cough** me **cough**) suggested to our Facebook rep that they ban all political advertising mentioning any candidate other than oneself for a short period prior to the election. The idea was to guarantee that no negative advertising could chill the vote of any population. As one of Facebook’s oldest partners, we told them a position we thought they could take. It doesn’t look like we’re going to get our wish for this cycle, but Facebook is certainly taking the issue seriously and we think every voice helps.

So, ask yourself, what can your brand do? The next three weeks could be a rocky road, but we’re hoping this guide is a pretty good start.