It’s the most wonderful time of the year: when we reveal our top 10 branded content wins! Each week in our #TBT newsletter, we do a “Content Spotlight” on what we thought was the best branded content of the week. So, without further ado, here are our 10 favorites from ALL of 2020.

Well, Jif (finally) weighed in on the GIF debate. In a campaign earlier this year, peanut butter company Jif teamed up with GIPHY to settle the debate over the pronunciation of GIF “once and for all.” In addition to creating a series of branded GIFs and encouraging participation through the hashtag #JifvsGif, the brand released a limited-edition 40-ounce jar labeled “Gif” on Amazon.

THE TAKEAWAY: Although this should have happened at least five years ago, we’ll still give them some points for a smart, strategic partnership. 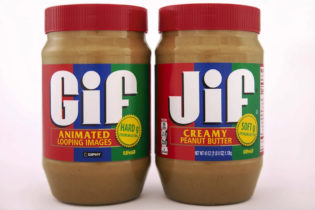 The New Yorker cartoonist Jason Adam Katzenstein took to Instagram to live-draw the 2020 Academy Awards. A total of 12 illustrations were posted throughout the night, including: commentary on Brad Pitt’s cheekbones, a joke about Eminem’s surprise performance, and lots of fun with the night’s big winner, Bong Joon-ho.

THE TAKEAWAY: Why did this content work? It was (a) happening in real-time, (b) based around current events, (c) funny, and (d) super shareable. 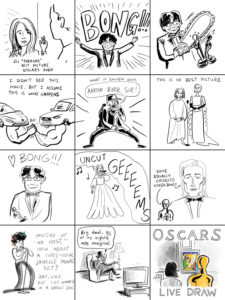 What was more 2020 than TikTok? Nothing. And who is more on top of social trends than Chipotle? (Arguably) no one. To promote its new “Complete Customization Chipotle” app feature, the brand unveiled a series of “TikTok Hack Menu” videos to show how people can create personalized menu items like “DIY Nachos,” “The Extra Dip,” and the “Taco Salad Hack.”

THE TAKEAWAY: Brands, if you aren’t already on TikTok, get on it. (That’s it. That’s the takeaway.) 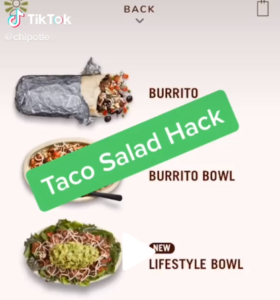 After COVID-19 had huge negative impacts on restaurants, Guy Fieri helped raise over $20 million for unemployed restaurant workers, earning him the title of “The Only Good Food Person Left.” Then, the Mayor of Flavortown teamed up with Tostitos to compete in a nacho competition against actor Bill Murray streaming live on Facebook, raising money for the Restaurant Employee Relief Fund.

THE TAKEAWAY: Planning content well ahead of time is great—but often the most impactful content is the content that comes from having to pivot quickly in response to current events. 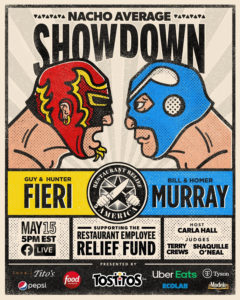 As colleges across the country announced plans to go remote in the fall, students came to terms with the fact that they would likely be living with their parents. In response, Natural Light ran a social sweepstakes called #DormFromHome. Winners got a chance to live in a “Nattified mobile dorm unit” as well as a semester’s worth of beer money.

THE TAKEAWAY: Content can be silly but also genius at the same time. 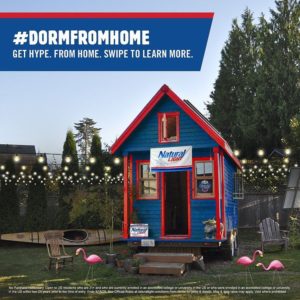 Pantone, the color intelligence company known for its highly curated UGC Instagram feed, joined forces with designer Fuzzed Up Bear for “The Human Being Initiative,” an impactful collection that raised funds for the Black Lives Matter movement. All of the funds were donated to nonprofits focused on social justice and reform, including Black Lives Matter, ACLU, and Campaign Zero.

THE TAKEAWAY: For brands in 2020, silence around important social issues and injustices was complicity—and Pantone showed us a great example of how to speak up. 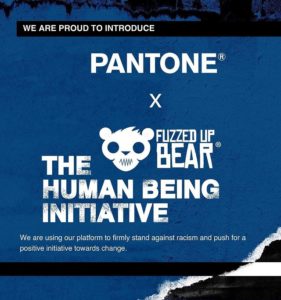 Honestly, we should have known this year would be a complete dumpster fire when, in January, it started out with the death of a beloved snack mascot. In an effort to build buzz for their Super Bowl spot, Planters killed its beloved, behatted mascot, Mr. Peanut. The dapper anthropomorphic legume, in a teaser that spread across social media like wildfire, appeared to perish in the explosion of the NUTmobile at the tragic culmination of a road trip gone wrong. But don’t worry, he was reborn as #BabyNut soon after—and then he was Peanut Junior, and now he’s Bartholomew Richard Fitzgerald-Smythe (Bart for short). Don’t ask.

THE TAKEAWAY: Use social media to support more traditional advertising efforts like a Super Bowl ad—you can increase the hype by getting people talking about your brand for weeks beforehand. 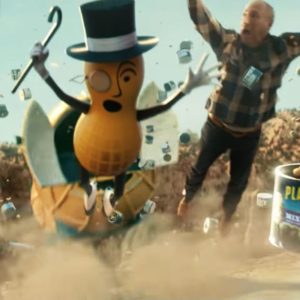 In light of the sacrifices essential workers have made this year, Truly Hard Seltzer partnered with a private airline to help gift them time with their loved ones for the holidays. Consumers could nominate essential workers using the hashtag #TrulyHomeAgain on Twitter, and the winners received a domestic roundtrip flight on a private aircraft.

THE TAKEAWAY: With hard seltzer becoming such a saturated market, this was a great example of how to stand out and appeal to younger consumers with purpose-driven strategies. 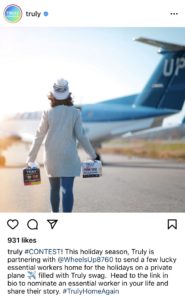 Blockbuster briefly returned to Twitter this summer for the first time in six years. The stunt came at juuust the right time for Airbnb to announce a partnership, making the last Blockbuster location in America (in Bend, Oregon) bookable for a nostalgic ‘90s sleepover.

THE TAKEAWAY: You can never go wrong with appealing to nostalgia. 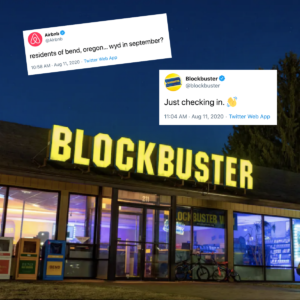 After a TikTok of a man cruising down the street drinking from a bottle of Ocean Spray Cran-Raspberry and singing along to Fleetwood Mac’s “Dreams” went mega-viral, the brand seized the moment by surprising him with his own cranberry red truck—filled with gallons of his favorite drink, of course.

THE TAKEAWAY: You can’t control when your brand might suddenly find itself in the spotlight, but you can jump on the opportunity. 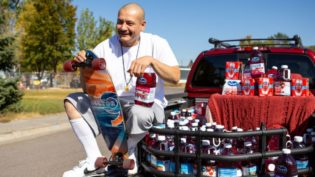 And that’s a wrap on this year! We may not know what 2021 holds in the world of social media, but we do know it has a lot to live up to.