2020 Social Media Recap: What Happened and What We Learned

Alright, everyone. We (basically) did it. We survived 2020, a year that felt like both a week and a decade at the same time. A year with more change, uncertainty, unrest, and ups and downs than any before. A year no one could have planned for. At Likeable, we did shoots in the galley kitchens of 400 square foot apartments, set social strategies from our dining room tables, and navigated some of the most challenging questions for social media to date. We figured out how to work remotely, how to master the “empathetic” tone of voice, and how to shift every strategy we had set all at once.

Back in March, when the potential impacts of the COVID-19 pandemic in the U.S. became clear, networks like Pinterest and LinkedIn immediately took steps to combat misinformation. Both platforms developed curated feeds of informational content from the WHO and CDC in order to provide users with a source for reliable and up-to-date information.

Because of the lockdowns and stay-at-home orders, many small businesses were badly impacted by the pandemic—so Facebook rolled out tools to help SMBs. The main addition was a gift cards listing where people could find digital gift cards for their favorite local restaurants and businesses, and the platform also added a personal fundraiser option and new Page options that enabled impacted businesses to list temporary changes to their operations.

The social networks also encouraged people to stay home, and provided resources for them to do so safely. LinkedIn’s provided resources and best practices for companies adjusting the ways they work. YouTube incorporated its #WithMe initiative into its #StayHome efforts to encourage folks to learn, connect, and thrive while social distancing—and it also launched #CampYouTube, an online portal that housed over 1,200 videos for parents looking for virtual summer camp alternatives for their kids. Facebook introduced Quiet Mode to help people balance their time and focus as they adjust to their new working from home routines. And Snapchat partnered with the National Network to End Domestic Violence to add in-app resources for users dealing with domestic violence.

Additionally, many brands quickly pivoted to provide resources and virtual versions of their products to help consumers relieve stress, prioritize health, and stay home. Here were a few of our favorites:

THE BIG TAKEAWAY: Fact-checking and combating misinformation on social media have always been important, but between the pandemic and the election, this is the year that it became very dangerous not to. Also, we learned that all of us (people, brands, etc.) are more adaptable than we thought. Having to abandon social strategies that took months to develop—and doing so while quarantining at home—wasn’t easy, but we got it done. And the results of that work allowed brands to bring people together virtually in ways we hadn’t considered before.

Social media plays many roles in today’s world—it’s a source of news, a tool for learning, a space to share stories, and a vehicle for connecting and organizing with other people. And throughout the summer, it played all of those roles in the resurgence of the Black Lives Matter movement. Millions spoke out against the injustices inflicted on George Floyd, Breonna Taylor, Ahmaud Arbery, and countless others. People also began to challenge themselves, their behaviors, and the behaviors of those around them. They started to educate themselves further on anti-racism, their own privilege, and the issues that Black people have been facing for hundreds of years.

Here’s how each of the platforms responded to the movement: 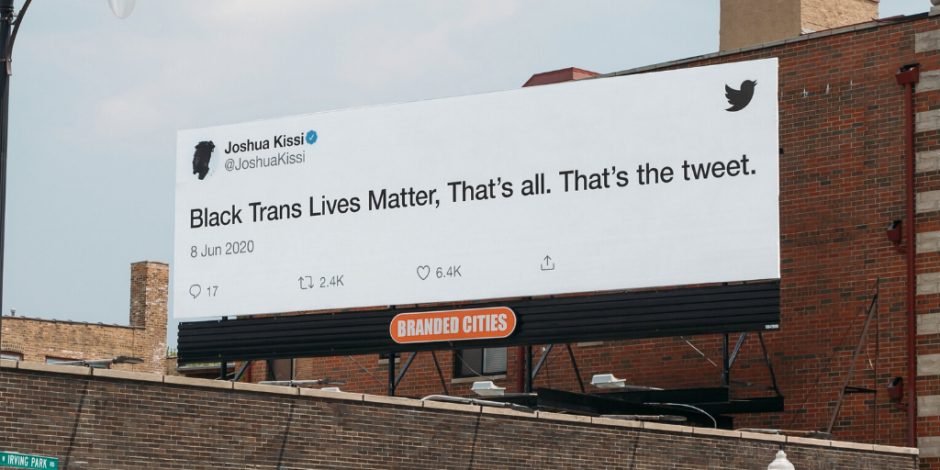 You might notice that one network in particular is missing: Facebook. As the movement to end systemic racism continued to build momentum across the nation, six civil rights groups including the NAACP and the Anti-Defamation League publicly called on businesses to pause ad spending on Facebook in July. The goal, part of a campaign called #StopHateForProfit, was to get the social network (which, by the way, made $70 billion in ad revenue in 2019) to do more to combat hate speech, misinformation, and racism across its platforms. Thousands of brands joined, the first of which were historically progressive brands such as Patagonia, REI, and Ben & Jerry’s. Want to know more? We wrote a blog about it. 😉

THE BIG TAKEAWAY: Consumers—especially younger consumers—care more than ever about the brands they’re buying from, with 62 percent of Black Lives Matter supporters ages 18-35 saying they will be “doing more research on brands and their inclusivity practices before purchasing, in light of recent events.” And social media proved to be the perfect place for brands to speak up about what matters to them. For brands in 2020, silence was complicity.

What would a recap of 2020 be without TikTok?! The short-form video app, which had a meteoric rise in 2019, had another absolutely crazy year—starting with being the most downloaded app in Q1.

In response to a rising interest in the platform as a marketing tool, it added tons of new analytics tools and reporting features. Plus, because of people’s increased time at home due to social distancing, there was also a seemingly never-ending supply of new trends on the platform. While people were bored in the house, they hopped on to dance challenges like “Savage,” viral recipes like dalgona coffee, and even pulled some pretty creative pranks. TikTok won everyone’s hearts—not just Gen Z’s—during quarantine and provided a much-needed respite from the news and the “real world.”

You ever be bored at the house bored?🔥🔥 #checkthisout #bored #fyp #foryou #xycba #rap #viral

Oh, and you know how they say “imitation is the sincerest form of flattery”? Well, the other apps copied TikTok. A lot. YouTube announced Shorts, a new feature that would allow users to share short videos via the mobile app, as well as its own YouTube Music library to provide licensed tracks. Instagram launched its TikTok competitor, Reels, which lets people create short-form videos set to music directly in the app. And Snapchat announced Spotlight, a new tab on the app dedicated entirely to short, entertaining vertical videos, as well as its Sounds functionality, which allows users to add music to their Snaps either before or after recording. (Yeah, all of that “sounds” familiar.)

As its global popularity soared this summer, the app came under growing scrutiny from overseas governments—and eventually, from the U.S. government as well. To make this somewhat easier to digest, here’s a timeline:

THE BIG TAKEAWAY: TikTok—or at least the genre of content it has inspired—is not going anywhere. Nor do we want it to! With the app projected to have over 1 billion users by the end of next year, brands who don’t include TikTok in their 2021 strategies could very well fall behind.

So, how did the platforms respond? 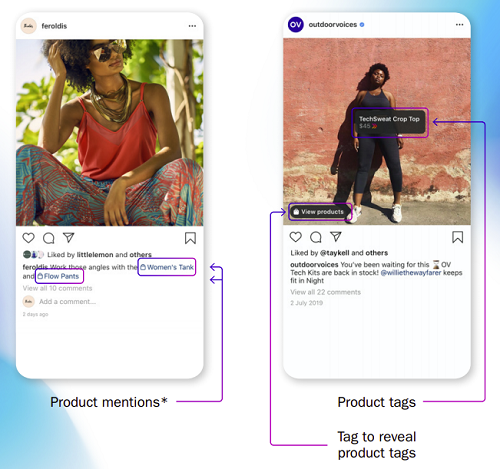 THE BIG TAKEAWAY: People shopped online by necessity this year, but e-commerce is here to stay—in fact, 53 percent of buyers said that the pandemic has changed the way they will shop going forward. Shopping on social media has never been so easy. (RIP to all of our budgets.)

Whew! Reading about a year’s worth of social media happenings in one blog post was pretty intense, right? If only you could get the latest social media news and updates sent to you each week—oh, wait. You can!