Our Predictions for the Future of Live Streaming

Live streaming is having a huge moment right now, but it isn’t actually new. In fact, it technically dates all the way back to 1993, with the first stream being a live concert of a band made up of engineers in Palo Alto, CA. It was around well before social media, and it’s been a slow burn that has been consistently building momentum for several decades now.

The sense of instant connection and feeling of authenticity that a live stream creates existed long before social media, but social media amplified it a ton—and the pandemic amplified it even more. Since March 2020, U.S. internet users are consuming 24 percent more live streamed content on social media. 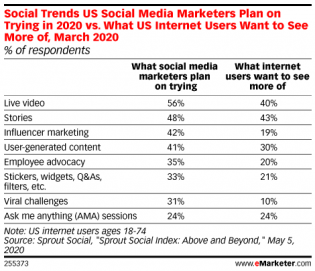 Let’s first review where live streaming is in the current social landscape.

Twitch was the first platform to totally unlock live streaming. While the other platforms offer live as an ancillary tool, Twitch’s core product is live streaming. Video game streaming makes up the lion’s share of content on the platform for now, but other areas of content are growing such as music, comedy, and even live political commentary from rising creators like Hasan Piker.

The world’s second largest online search engine is also a major hub for live content. According to a survey conducted by GlobalWebIndex in Q3 2020, 32 percent of YouTube users worldwide had watched a live streamed video on the platform within the past month. Many YouTubers add live to their posting plan as an additional piece of their overall YouTube content, and the platform offers live-specific tools like Premieres that allow subscribers to watch brand new content live as it’s posted.

Facebook Live has been around now for more than half a decade. This makes it one of the more mature live platforms compared to others like Reddit, Twitter, and TikTok. The platform takes a multifaceted approach to live, going straight for Twitch’s core audience with products like Facebook Gaming while also training its own users to integrate live more as a social sharing tool with live shopping and cooking. Facebook appears to be ahead of Instagram when it comes to live streaming. In the early days of the pandemic, an Instagram spokesperson claimed that its Live tool had grown as much as 70 percent, seemingly because of the increased usage of social media overall during this time.

TikTok is best positioned to become a big player in the near future with its meteoric rise over the past few years. It is still new to the live streaming game, but has fully integrated live videos into its recommendation algorithm, showing up right alongside regular videos. This positions the platform well for its users to discover new live streamers within their feeds.

Social audio is the newest subcategory of live streaming that has emerged over the last two years. Several of the core social platforms have announced, tested, or launched some kind of social audio product that they hope to become the number one option for users. Clubhouse ignited this category with its invite-only platform, gaining lots of buzz toward the end of 2020. This subcategory is still relatively small and early in development, with a clear leader yet to emerge.

Smaller platforms such as LinkedIn and Reddit recently launched live tools as well that haven’t gained the same momentum as the others, but are worth monitoring.

If you’re familiar with QVC or the Home Shopping Network, you know that live shopping is a massive business and has been around for quite some time. In recent years, selling live has made its way onto social channels and expanded the original capabilities of the TV channels. The recently released documentary LuLaRich captured just how wildly successful some people have been using Facebook Live to sell products to their friends. The platforms are finally taking notice and building out tools specifically for live shopping.

Facebook, Instagram, and TikTok appear to be the biggest players for live shopping at the moment. In a Q4 2020 survey by GlobalWebIndex, 22 percent of U.S. and U.K. social livestreamers said having a “buy” button available during a live stream session would be a top purchase driver, compared with 13 percent of social network users who said the same for social media content overall.

Brand ambassadors and sponsored content have been on social platforms for some time now, so this isn’t necessarily a new idea—more like taking an idea to the next step. A cynical perspective might say this is just the newest iteration of an infomercial, but the biggest difference is that you have an established relationship with the salesman.

Live is unique to social because it is most often unedited and unfiltered—influencers at their most raw! It’s interactive, with viewers leaving comments the influencer can respond to in real time. This provides a unique way for these creators to connect with their audiences and elevate their social presence. 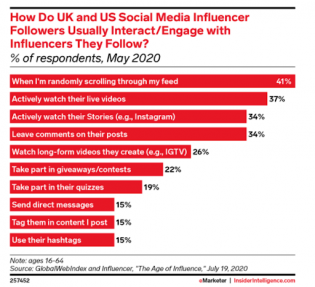 Instagram’s Live Rooms feature allows multiple users to broadcast from the same stream, making collaboration a seamless experience. This is an excellent way for influencers to introduce their followers to similar creators they may also like.

During the pandemic, live streaming became a necessary alternative for many different things. Live entertainment such as concerts, theater, or comedy sets were moved online. Now, as those in-person events have slowly been integrated back into our lives, many artists are continuing to stream live. This entertainment alternative is much more convenient and cost effective than what it temporarily replaced. While there’s no chance it totally replaces the in-person experience of these events, this genre of live streaming content is likely here to stay in some capacity. 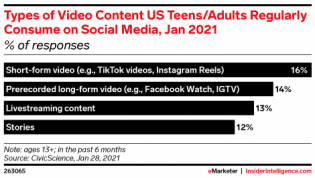 There is so much potential for brands using live streaming going forward. Here are 3 tips for making great branded live social content:

Likeable CEO Carrie Kerpen shared her thoughts on the future of live streaming, saying: “This will be used to bring folks into experiences across the globe. Whether it’s attending a conference, a concert, or simply watching an influencer’s perspective on current events, live streaming will continue to provide reach and accessibility that expands far beyond what we originally imagined for ourselves.”